Being a Patient, the Father of a Patient, and a Physician in Spine Surgery

From 2000 through 2005, I experienced intermittent right sciatica. The cause of it was likely a herniated lumbar disc, that would flare up when I was particularly active or straining my back. In 2009 my pain became so severe, I canceled my scheduled...

From 2000 through 2005, I experienced intermittent right sciatica. The cause of it was likely a herniated lumbar disc, that would flare up when I was particularly active or straining my back. In 2009 my pain became so severe, I canceled my scheduled surgeries on one day and had a lumbar epidural steroid injection performed by one of my pain management colleagues. For nearly a year I was pain-free! 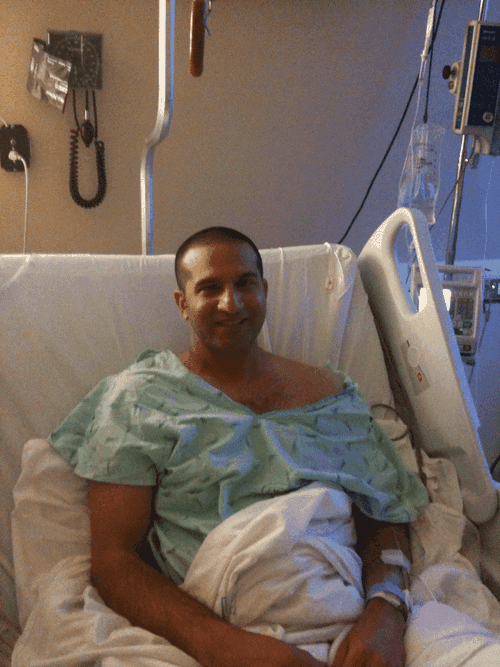 In March 2010, while operating on a patient with an arteriovenous malformation in the brain, I experienced a sudden loss of strength and numbness in my right leg. It was a surreal moment – I knew that I had re-herniated my disc, but did not want to accept it. I continued operating that day, hoping it would get better on its own. After two weeks of no improvement, and dealing with a foot drop, I had an MRI done which showed two large herniated discs, L4-5 and L5-S1. I was leaving on a flight with my family to Europe and didn’t want to cancel the trip. So, I called up a neurosurgeon who was senior to me in my training program and made arrangements to have surgery when I returned from our trip. I had a two-level microdiscectomy on a Monday night, flew home, and was back at work on Wednesday. While many of my symptoms improved, I realized that the weakness in my right foot was something I would deal with for the rest of my life.

Fast forward a few years and my eldest daughter was diagnosed with idiopathic juvenile scoliosis and underwent a thoracic fusion for correction of her curve. She was young, happy, and healthy and had no neurological symptoms related to her scoliosis. Her deformity was quite substantial, however, and needed to be fixed. Like most kids, she healed very quickly, recovered over a month during the summer, and was back at school on the first day of classes. The whole process was smooth, but surreal, as once again I was on the other side of the doctor-patient relationship; but now as the parent of a child, I viewed as healthy and perfectly normal, but with a twisted spine. It was eye-opening to sit in a waiting room, anxiously wondering how the surgery was proceeding, when I would normally be the one performing the very same operation on someone else’s child. 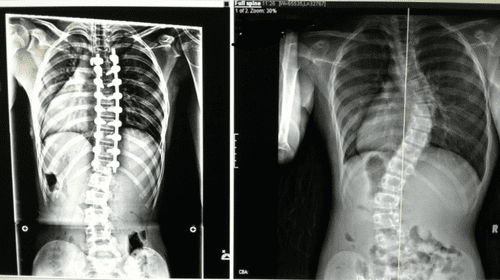 Patients often feel that no one quite understands what their symptoms feel like and the effects they have on their overall health/mental wellbeing. While spine surgeons can understand the mechanism and structure of the underlying pathology/symptomatology, it’s often hard to relate to our patients and their unique presentations. 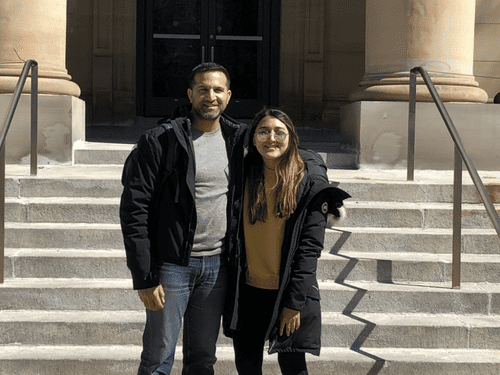 Dr. Mesiwala and his daughter.

Having been a spine patient and the parent of a daughter who underwent scoliosis surgery gives me a unique insight into the physical, mental, social, and economic impact that spine problems create. No single patient has the same presentation/experience, but empathy combined with my experience and training have shaped my approach to caring for my patients.